Once again, the US economy is simply confounding investors.

While the consensus view of economic growth in the 2nd quarter of 2016 was about 2.5%, the first estimate came in at only 1.2%. This followed a very weak 1st quarter of 2016 at 0.8%, according to the third and final estimate. Together, the first half of 2016 showed GDP growth of about 1%. It appears the Fed is going to hold off on raising interest rates for a while longer. The data just doesn’t support the decision.

The big bright spot in the 2nd quarter was consumer spending growth that offset a large drop-off in business investment.
As has been the case for sometime now in this recovery – marked by low interest rates, steady job growth and a strong auto and housing market – the US economy has not been successful in achieving what Larry Summers once called, economic “exit velocity” – that speed where the positive fundamentals begin to reinforce more growth on its way to a virtuous cycle of economic recovery.

Instead, it’s been a long period of spurts, stutters and stammers. That trend continues now seven years into the recovery.

In addition, it looks like the 2nd quarter will mark the fifth straight quarter of declining corporate earnings. See pictures below. Yet, stocks hover near there all-time highs and prices relative to earnings are high on many broad measures.

Yes, it’s confounding. So it has been in an extended era of extraordinarily low interest rate policy around the world. 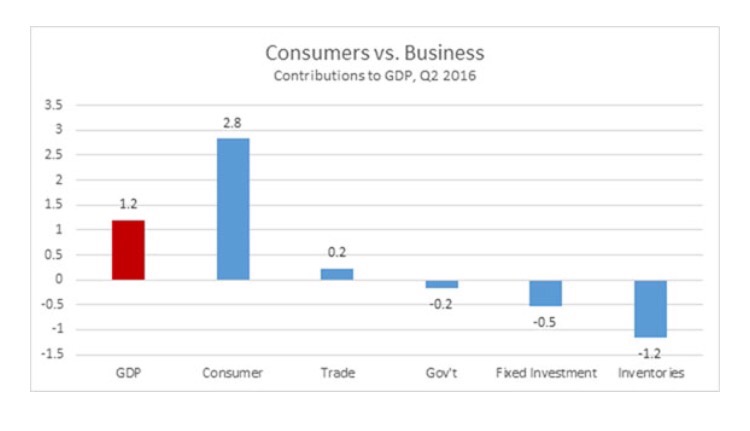 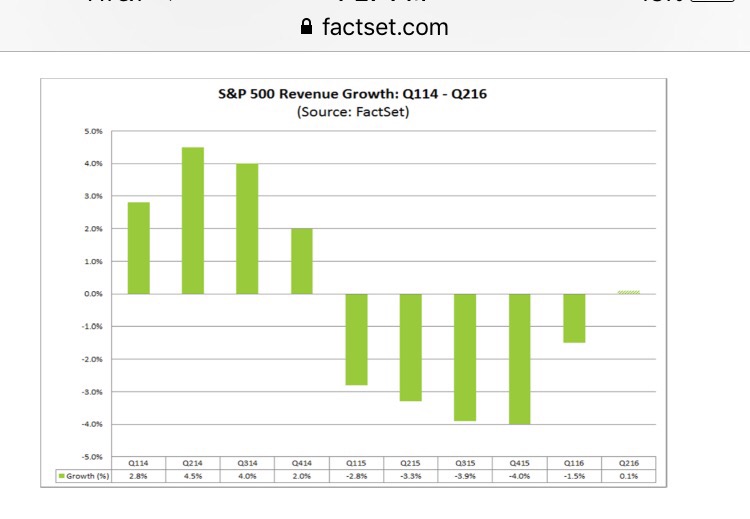 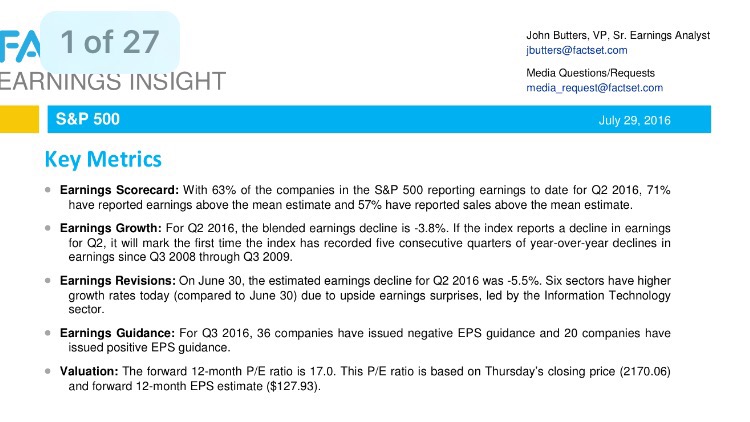 What Once Was Insane
Signs of Income Starvation

Jason is the founder of Traverse City, Michigan-based Front Street Wealth Management, the independent, fee-only wealth advisory firm for individuals, families and trusts who value proactive management of their investments and a deeper confidence in their wealth, and the founder of the Money Series, a nonprofit providing open-access to financial education, for all.